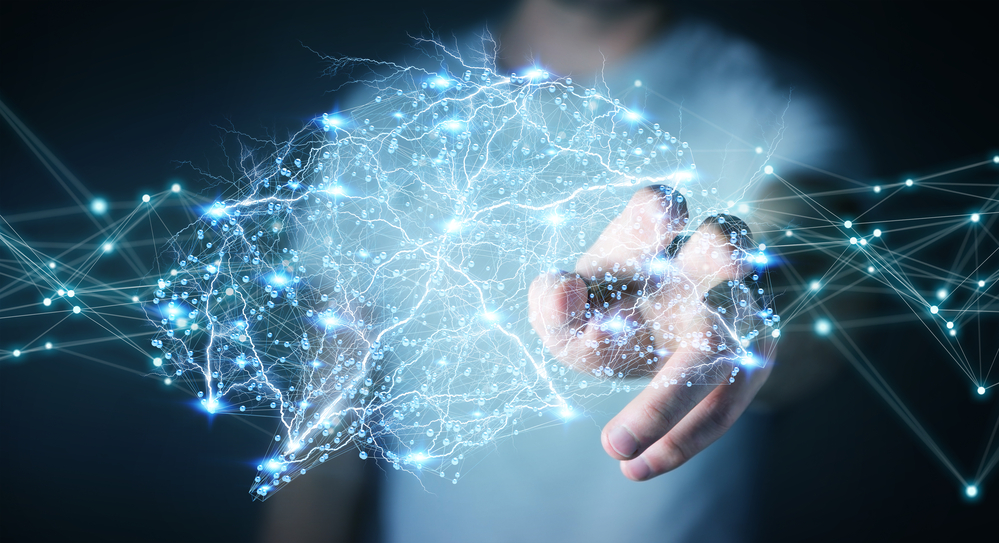 Home » About Us » The Science

Our understanding of the human brain has changed dramatically over the past few decades. Until about the 1970s, the scientific community largely believed that the brain was only “plastic,” or changeable, in early childhood, and was then “set” for the rest of one’s life.

However, the world of neuroscience has been flipped on its head. Decades of research now show that many aspects of the brain remain changeable throughout one’s lifetime. These studies demonstrate that substantial changes occur in the lowest neocortical processing areas, and that these changes can profoundly alter the pattern of neuronal activation in response to experience. Neuroscientific research now indicates that experience can actually change both the brain’s physical structure (anatomy) and functional organization (physiology).

This is GREAT NEWS!

As a result of this new realization, three terms have emerged as driving concepts in the world of neuroscience: Neuroplasticity, Cognitive Reserve and Neurogenesis.

Your brain is constantly changing and adapting with everything you see, hear, feel, sense, think, say and do. You can help direct the way your brain changes!

The brain-body connection is paramount. Your brain is engaged in perpetual two-way feedback loops with all the systems and senses in your body. This means that the data collected from your body and sent to the brain, via our senses, actually changes your brain; likewise, the messages sent back from the brain change how your body responds.

What does this mean to you?

It means you can improve your brain, your body, and your emotional well-being by engaging in specific cognitive, physical, breathing, and mindful meditation exercises. Furthermore, training the brain and body together produces even greater benefits.

The articles and studies below are just a sampling of the latest research which is transforming the world of neuroscience and human performance enhancement, and which is foundational to the POWER BRAINing™ methodology.

The current study aimed to investigate the effects of EMAT training, a novel cognitive–physical training program, on the physical performance, cognitive function, DTW, and fall risk of community-dwelling older adults. The results indicated that this novel EMAT training showed benefits for community-dwelling older adults in terms of physical performance (including functional fitness and FTT performance), DTW, and fall risk. In particular, superiority was seen in lower-body strength and flexibility, aerobic endurance, dynamic balance and agility, and fall risk (FRQ).

“While many studies confirm the positive effect of cognitive and physical training on cognitive performance of older adults, only little is known about the effects of simultaneously performed cognitive and physical training. In the current study, older adults simultaneously performed a verbal working memory and a cardiovascular training to improve cognitive and motor-cognitive dual task performance. Twenty training sessions of 30 minutes each were conducted over a period of ten weeks, with a test session before, in the middle, and after the training. Training gains were tested in measures of selective attention, paired-associates learning, executive control, reasoning, memory span, information processing speed, and motor-cognitive dual task performance in the form of walking and simultaneously performing a working memory task.”

The Aerobic and Cognitive Exercise Study (ACES) for Community-Dwelling Older Adults With or At-Risk for Mild Cognitive Impairment (MCI): Neuropsychological, Neurobiological and Neuroimaging Outcomes of a Randomized Clinical Trial

“These findings of significant effects with both types of exergaming: exer-tour (low mental challenge) and exer-score (high mental challenge) on executive function and memory, mirrors one of the few similar studies, by Eggenberger et al. (2015), who reported similar trends when comparing an interactive dance exergame, with dual-task walking (non-interactive), and physical exercise alone.”

These findings indicate that a 4-week simultaneous memory training and aerobic exercise program is sufficient to improve memory, attention, and reasoning abilities in older adults.

The Effects of Highly Challenging Balance Training in Elderly with Parkinson’s Disease: A Randomized Controlled Trial

“A total of 91 participants completed the study. After the intervention, the between group comparison showed significantly improved balance and gait performance in the training group. Moreover, although no significant between group difference was observed regarding gait performance during dual-tasking; the participants in the training group improved their performance of the cognitive task while walking, as compared with the control group. Regarding physical activity levels and activities of daily living, in comparison to the control group, favorable results were found for the training group.”

“There were no significant differences in Functional Reach Test, Timed Up and Go Test and sway length at baseline and after training between the two groups. However, the rate of Stroop task (P < 0.05) was significantly higher after training in the experimental group than in the control group.”

“As it happens, the best activities for improving balance involve dual tasking. Exercises such as tennis or dancing that involve unpredictable movements and fast thinking keep the body engaged and can build brain plasticity, says Dr. Hallett. In fact, a 2015 study of 15 athletes published in the European Journal of Applied Physiology reported that athletes who have to think to perform, such as figure skaters, gymnasts, and dancers, showed dramatically improved brain plasticity compared to runners and cross-country skiers who use muscles repetitiously. The reason? Once the brain learns a repetitive movement, it goes on autopilot, performing without even thinking about it.”

“Other studies suggest another activity that involves dual tasking—tai chi—is especially effective for improving balance. In a 2012 study published in the New England Journal of Medicine, researchers found that six months of twice-weekly tai chi improved balance and reduced the likelihood of falling among people with Parkinson’s disease.”

“In a 2016 study published in the Journals of Gerontology, researchers discovered that seniors who participated in cognitive training—computer-based programs that use games to test attention, memory, and visual and auditory processing—demonstrated significant improvements in balance, gait speed, and the ability to walk while distracted over the 10-week study period. “Any form of physical activity that requires integrating cognitive, visual, vestibular, motor, or sensory systems can enhance well-being. It can also help with people’s perception of balance and make them less fearful of balance challenges,” says Dr. Cha.”

The findings suggest that systematic balance training is capable of enhancing some cognitive functions, such as memory and spatial cognition. Crucially, an increase in cardiorespiratory fitness does not seem to be necessary for eliciting beneficial effects of physical exercise on cognitive functions. This pattern implies multiple mechanisms for physical activity affecting cognitive functions.

“Exercise is key to good health. But we tend to limit ourselves to one or two types of activity. “People do what they enjoy, or what feels the most effective, so some aspects of exercise and fitness are ignored,” says Rachel Wilson, a physical therapist at Harvard-affiliated Brigham and Women’s Hospital. In reality, we should all be doing aerobics, stretching, strengthening, and balance exercises.”

“New research shows that using the legs, particularly in weight-bearing exercise, sends signals to the brain that are vital for the production of healthy neural cells. The groundbreaking study fundamentally alters brain and nervous system medicine — giving doctors new clues as to why patients with motor neuron disease, multiple sclerosis, spinal muscular atrophy and other neurological diseases often rapidly decline when their movement becomes limited.”

“Controlled breathing, like what you just practiced, has been shown to reduce stress, increase alertness and boost your immune system”

Heart rate variability biofeedback: how and why does it work?

“In this article, we review these and other possible mechanisms that might explain the positive effects of HRVB.”

“Deep abdominal breathing encourages full oxygen exchange”, “We can’t avoid all sources of stress in our lives, nor would we want to. But we can develop healthier ways of responding to them”

Memory training and benefits for quality of life in the elderly: A Case Study

“The results suggest that the use of Neurotracker for training cognitive processes is valid for cognitive rehabilitation programs to promote improvements in quality of life in the elderly.”

The Effectiveness of Interactive Metronome® as a Restorative Modality to Improve Cognition and Motor Performance in Healthy Older Adults in Eastern North Carolina,

“After training, the patient’s static and dynamic balance, functional activity, and performance time of the upper extremity improved. Interactive metronome therapy improved the manual dexterity of both hands. Interactive metronome therapy also improved the limit of stability of the Parkinson’s disease. [Conclusion] Though a case study, the results of this study suggest that IM therapy is effective at restoring the postural stability and upper extremity function of patients with Parkinson’s disease.”

Academic and Behavioral Improvements in 2nd- Through 8th-Grade Students in the Hardy Brain Camp Program,

“Remarkable improvements were made in academic performance, attitude, ability to process information, and ability to deal with surrounding environment.”

Your ability to grab, hold, twist, and squeeze is essential for many everyday functions. Harvard Health Publishing, Published November 2016

“The findings showed that a 5-kilogram (kg) decline in grip strength was associated with a 17% increased risk of dying from a heart attack, and a 7% and 9% chance of having a heart attack or stroke, respectively, over a four-year period.”

Effect of passive finger exercises on grip strength and the ability to perform activities of daily living for older people with dementia: a 12-week randomized controlled trial, 2018

“Although there was no effect on grip strength, passive finger exercises led to significant improvements in urinary control, defecation function, and overall ADL in comparison with the control group.” 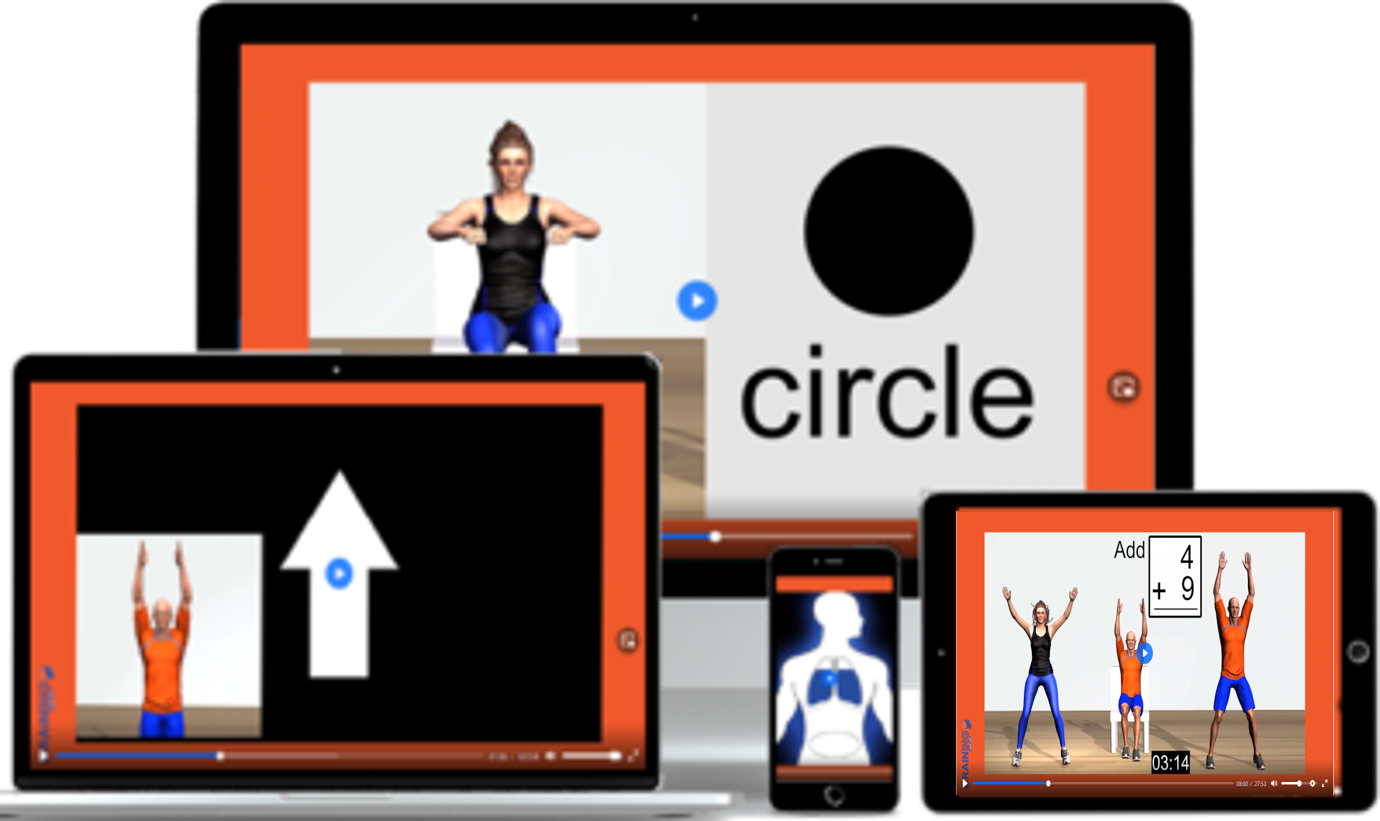 Access classes anytime, on your computer, smart device, or smart TV. You can also cast it from your device onto your TV.